skip to main | skip to sidebar

He was born in Xieng Khouang, Laos 1983. He have resided in Merced, California since September 1991. Received BFA in Fine Art: painting and drawing at the Academy of Art University in San Francisco, FALL 2005. Creating art had always been his passion since he was a kid. In his work he want to show the belief and spirit that he have for his culture and religion. His main goal for long term plan is to continue graduate school for an MFA in Fine Art; Painting and Drawing, and hoping to have his own studio one day. Another plan he want to achieve is to become an art instructor.
Most of his paintings are symbols of his culture, the Hmong people. Each painting represents his interest in his religion, society, history, and the background of my ancestors who were unknown until it was revealed by his art designs. He was raised in a very traditional family, which includes practicing my religion, rituals, culture and learning how to respect it, which his inspiration most comes from. In order for him to keep his culture alive in a modern world that is based mainly upon technology and money he found a new way to practice them by studying the cultural forms and translating them into my new artistic language. Forming a multi-connection on a neutral side, he want to create a connection between the new culture and the old culture. It is important to him to paint subjects of social significance and subjects that have a representation of his experience as an artist.
Some of his subject matter came from the beautiful landscape and the simple life styles of living in Laos and Thailand. His Hmong people were mostly known for farming, celebrating New Year events, ceremonies for weddings, funerals, making paj ntaub fabric art work, silver jewelry, and practicing religion. The political and human rights issues that my people have been experiencing for over thirty years have deeply impacted my art. It is his passion to record these Hmong experiences in his paintings whether it is in abstract, realistic, traditional, pop-art, expressionism, or surrealism. His painting techniques are not only just focusing on the application of paint but how he select his subject matter and their themes or concepts. He say "most of his paintings are very much influenced by contemporary artists.
Posted by Boon Ma Yang at 9:21 PM

LAND OF THE JARS

sorrow of the forgotten allies 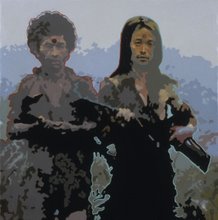 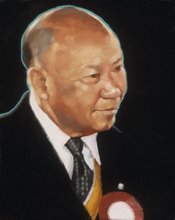 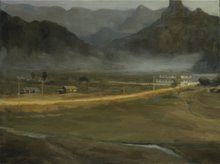 Vision of the Spirit